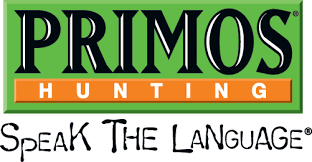 Ask any hunter who makes the best game calls and chances are you’ll hear the name Primos. Many call companies specialize in making calls for one type of game species. Primos makes calls for every category of game species hunted in North America. Everything Primos does, they do exceptionally well. From a gleam in the eye of a young boy who was fascinated with calling in ducks, Primos Hunting has grown into a major force in the hunting industry. Primos Hunting manufactures calls for elk, deer, turkey, predator and waterfowl as well as clothing and accessories